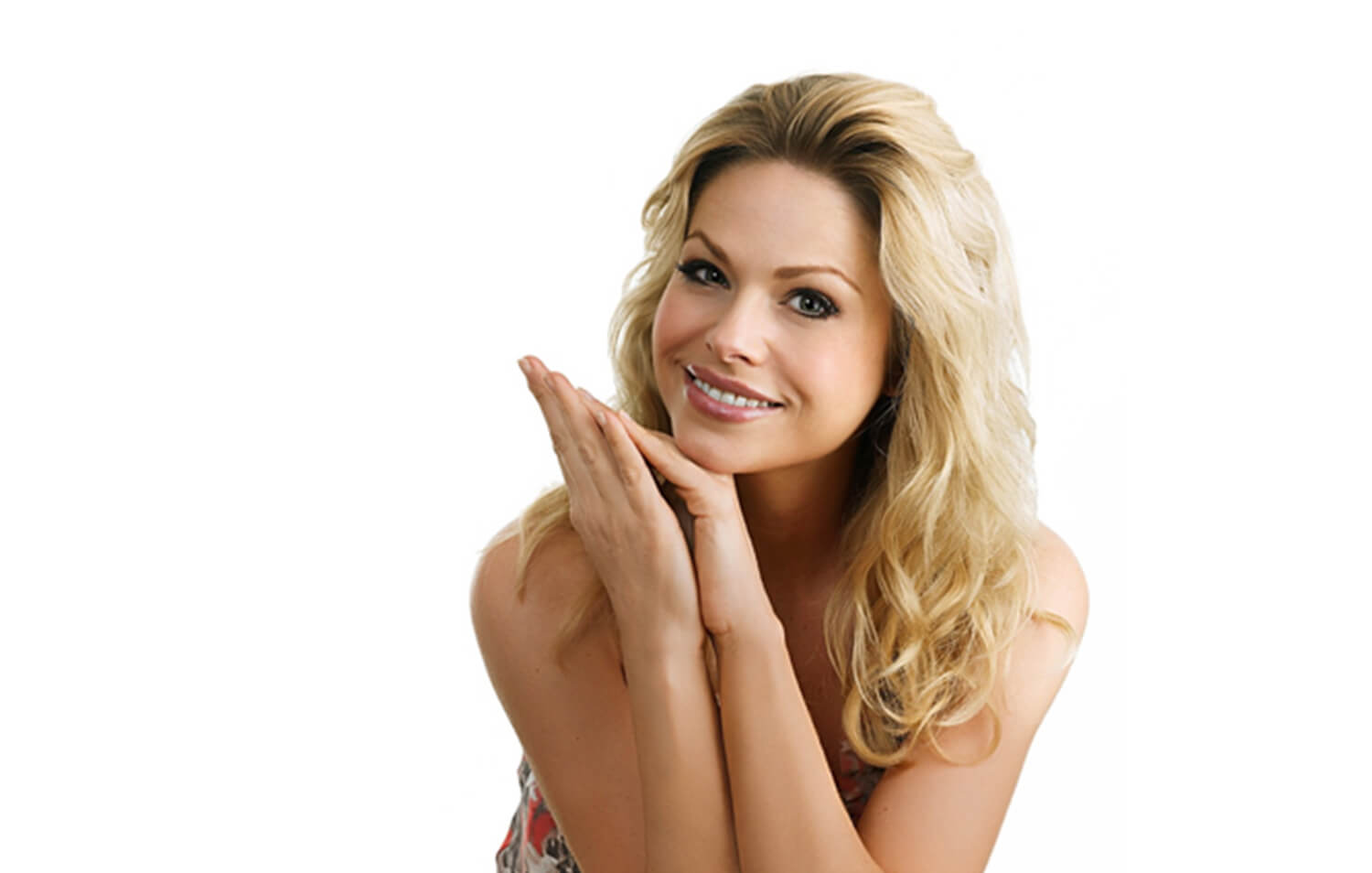 If you’re considering a cosmetic surgery procedure, here is just some of the feedback I’ve received from my lovely patients.

Your feedback is really important to me and I love hearing from my patients. Fill in the form below to leave me a review.

“Best decision of my life! I want to say Thank you so much to Mr Tulley and his team. I am so happy with the results of my breast implants and my new nose shape. It looks exactly how I wanted it to look and looks completely natural which is something I really wanted. The actual surgery itself went really well and I felt the pain was minimal and not as bad as what I’d expected. Mr Tulley is a calm, kind, considerate surgeon and makes you feel comfortable and at ease. The rest of the staff at the Weymouth Hospital looked after me so well after my op and I felt in safe hands, the staff at Weymouth hospital were very welcoming. I’m so over the moon with my results and I recommend him highly Mr.Tulley is amazing. Thank you!!!

A Big Thank You for you too Becki, you are very friendly, kind, professional and informative and the whole experience was pretty seamless ( especially considering it was during COVID!) and you had been incredibly helpful and patient with me through out the entire process. I was very anxious/worried about surgery, as it’s the first surgery I have ever had, I had not even been put to sleep before! But, I would do this all over again if I had to with Mr Tulley.

Overall I am so happy with everything.”

“Mr Paul Tulley did a tummy tuck on me nine years ago. Best surgeon I have ever had!”

“I want to say thank you so much to Dr Paul Tulley and his team. I am so happy with the results of my breast implants and my new nose shape. It looks exactly how I wanted it to look and looks completely natural which is something I really wanted. The actual surgery itself went really well and I felt the pain was minimal and much less than what I’d expected. Dr Paul Tulley is a calm, kind, considerate surgeon and makes you feel comfortable and at ease. The rest of the staff at the Weymouth Hospital looked after me so well after my op and I felt in safe hands, they were very welcoming. I’m so over the moon with my results and I recommend him highly Dr Paul Tulley is amazing. Thank you!!! I was very anxious about the surgery, as it’s the first surgery I have ever had, I had not even been put to sleep before! But, I would do this all over again if I had to with Dr. Paul Tulley. Overall I am so happy with everything!”

“Cannot recommend Paul enough. Made me feel comfortable from the first meeting & all communication was fantastic before, during and following the op. At no point did I feel pressured and everything was on my terms including my wishes and what I wanted from the surgery.  Advice as of course given and was very happy with his specialist opinion. My procedure took place in the Weymouth Hospital who were second to none all the way through from arriving to being discharged later that night. I am thrilled with my results and couldn’t have asked for a better experience. Anyone thinking about going ahead or unsure, if you choose Paul you will not be disappointed”

“I got the cast taken off today. I LOVE my new nose! And this is before the swelling has even gone down!!! So so happy!’

“Mr Tulley did by breast augmentation 8 years ago, he’s the best surgeon ever!”

“Many thanks for everything you have done to assist me in regaining the abdomen of my dreams that has exceeded my expectations! The recovery due to your skill has gone so much better than anticipated also!”

“I wanted to take this opportunity to express my gratitude and appreciation. Throughout the process you were patient and supportive with all of my questions. I’ve wanted to have this surgery done for a very long time, and I now completely feel it has changed my life for the better. I’m so much happier and more confident about embarking on the next chapter of my life at university”

AROpen Rhinoplasty, London
“I’m so so pleased with my facelift and eyelid surgery… it’s so natural! If I need another in 15 years or so, I’ll definitely come back to see you again!”
Ms KGFacelift and Neck Lift and Upper Blepharoplasty, London

“My abs keep getting better, thank you! My tummy is literally better than when I was 25!”

“Mr Paul Tulley was on hand with advice whenever I needed it. I have already recommended him to a friend and I wouldn’t hesitate to recommend him again in the future. I’m over the moon with my outcome”

“I’m so happy with them”

“Thank you so much for my new face!”

“If you are a person who values their looks and has very deﬁnite views on how they want to age then I cannot recommend Mr Paul Tulley highly enough.

Many years ago I had breast implants and for a time they were wonderful. However, they became encapsulated and needed to be removed. At that time I found a cosmetic surgeon to do the operation and afterwards was astonished at the amount of pain and extensive bruising I experienced. I could barely function for days.

Years later, at the age of 56, my breasts had again encapsulated. I decided that instead of having the implants replaced, I would have the implants removed and my breasts uplifted with the possibility of having fat grafts afterwards if there was little to no volume. I was mentally prepared for days of pain and incapacity.

Having done research on the internet, I decided on Mr Paul Tulley. To use an old adage ‘measure twice, cut once’; Mr Paul Tulley takes this to the nth degree. Not only did he measure but he rechecked and re-measured over and over again before he eventually made his pen marks ready for surgery. There was nothing blasé about the way he prepared for my surgery. I found his attention to detail incredibly reassuring.

After my surgery not only were my breasts symmetrical but they were pert and more youthful than I had ever dared to imagine. There was barely any bruising at all and I had absolutely no pain! I was amazed! Six weeks later the scars are healed and almost barely visible.

To say I am thrilled by Mr Paul Tulley’s hard work and expertise would be the understatement of the century. He is deﬁnitely a surgeon I trust to make you look the best you are able.

“I highly recommend Mr Paul Tulley for breast augmentation. I went to a few other clinics previously, and they were nowhere near the professional level. The personal touch goes a long way when going through surgery.

Mr Paul Tulley is a fantastic surgeon, puts you at ease and answers all questions you may have.

He is also very professional in his mannerisms which I noticed and liked immediately. This really stood out to me as it placed Mr Paul Tulley on a superior level compared to the other surgeons I met with at other clinics who seemed money hungry.

The final results are amazing, I could not be happier. I went for a bra fitting at Selfridges and the specialists said it was one of the best jobs she has seen! 5 out of 5 stars”

“Last year, I decided to do a Thigh Reduction and Lift with Mr Tulley. He removed over 3kg of fat from around my thighs and the surgery went very well. I went home the same next day and my recovery was rapid as I followed Mr Tulley’s post-operative care instructions to the letter, wearing the support tights 24 hours a day for the first week. I didn’t take many pain killers as it was not necessary. My legs now look more shapely and I’m very happy with the results! I can’t praise Mr Tulley enough, he really cares about obtaining the desired results for his patients. I have been back to him for another procedure and I recommend him wholeheartedly”

“I had my plastic surgery with Paul Tulley, and I am absolutely delighted with the results and I would certainly recommend him. Besides being a great surgeon he also became a good friend, and since we are talking about surgery, this is very important as we are putting our bodies and our lives in his hands.

With Paul Tulley, I felt reassured, safe and he removed all my doubts. If I have surgery again it will certainly be with my good friend and physician Paul Tulley. I am very grateful to him for making me feel beautiful, desirable and fulﬁlled”

“I am feeling brilliant, no pain and like I had never had anything done. I fly back to America on Sunday (13 days post-op)”

“Thanks for a great job, I love my new nose!”

“I just wanted to say that I felt so looked after my surgery and so far pleased with the outcome as not really painful at all!”

“I am just writing to say how pleased I am with the results. I’ve just had the dressings removed so could have a proper look. It’s a big improvement on what I had before! Thank you once again”

“Amazing, can’t compliment him enough. Polite and professional with a nice bedside manner. And best of all – great surgeon! I’m thrilled with the results already. 5 out of 5 stars”

“Many thanks, Mr Tulley, for your great work with my labiaplasty! I had a very quick recovery without discomfort, and I’m really pleased with the result – wish I’d done the procedure with you many years before!”

“5 stars. Great service, fab results. Really happy with my breast augmentation with Mr Paul Tulley. Right from the beginning, he has been really supportive. and I have found the whole experience a very positive one. I have recommended him to several people”

“I had my final check-up today and wanted to express my delight with the service and aftercare I’ve received from Mr Paul Tulley, and I love my new natural shape. I felt as though I wasn’t rushed or made to feel that my all my questions to discuss size and shape were too much trouble for Mr Paul Tulley. Thank you”

“Mr Tulley was everything you’d expect: honest, courteous, reassuring and very knowledgeable. The recovery was good and I’ve healed beautifully, tiny puncture marks are barely visible and my breasts are fuller and firmer. Overall I must say all the staff, and particularly Mr Tulley, have made it a very worthwhile experience”