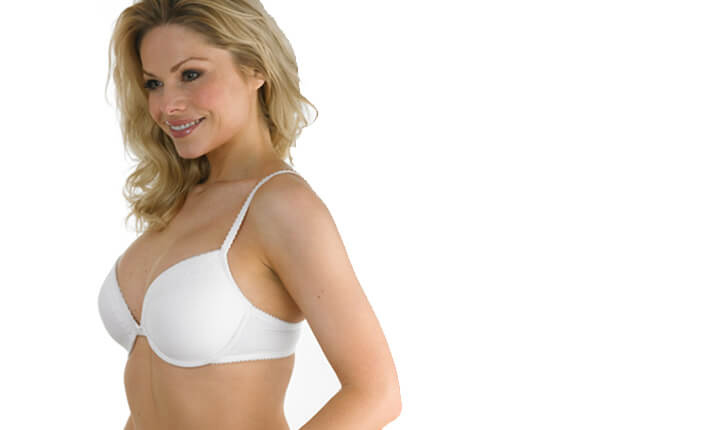 The procedure aims to lift the breasts, providing a perter, more youthful, attractive shape, with fuller upper poles and a higher nipple position.

There are a number of different types of mastopexy, the type selected depends on the degree of droop (ptosis). It can be performed alone, or in conjunction with breast augmentation if additional breast volume is required.

How is a mastopexy procedure performed?

Mild degrees of breast ptosis can be corrected by breast augmentation alone. Further nipple descent can be corrected with a crescenteric (or periareolar) lift in combination with breast augmentation – during this procedure, a crescent-shaped portion of skin is removed from above the nipple allowing it and the lower pole of the breast to be lifted to the correct position.

More extensive ptosis requires a vertical scar mastopexy. The nipples are mobilised on tongues of glandular breast tissue, which maintain the blood and main nerve supplies, and are moved to a higher position on the breasts. Excess skin is removed and the breast glandular tissue reshaped to create pert, hemispherical breasts with fuller upper poles, positioned higher on the chest wall. The incisions are placed around the nipple, vertically down the front of the breast, and often a short incision in the crease under the breast.

Very extensive breast ptosis requires a full mastopexy with incisions placed around the nipple, vertically down the front of the breast and in the crease underneath the breast. Larger amounts of spare skin are removed and the nipples have to be moved more significantly from their lower positions.

If a breast augmentation is also required to add volume during mastopexy surgery the implants will be inserted behind the chest muscle or underneath the breast tissue.

Mastopexy procedures usually take between two and three hours under general anaesthetic with a one-night hospital stay. Some patients may have surgery as a day case in less extensive cases.

Small drains are usually placed at the end of the procedure to allow any fluid to drain, these are normally removed the morning after surgery. At completion of surgery, a two-layer dressing is applied and a thin Lycra bra is worn.

How long is the recovery after mastopexy surgery?

A week after the procedure the top layer of the dressings are changed, and the patient returns for both layers to be removed, along with a small number of fine stitches, at 2 weeks from surgery. The dressings should be kept dry during this time. A thin Lycra or cotton bra is worn for six weeks post-op.

The recovery period varies between patients, but most find they can go back to work within two weeks. Normal sporting activities can be resumed after 4-6 weeks.

How are your requirements for mastopexy assessed?

Patients requirements for mastopexy surgery are assessed in clinic. The current and desired volume, shape and breast position are determined. A number of detailed measurements are taken to assess the best technique applicable to produce the results required and an indication of the likely results demonstrated. Implant sizers and a trial bra are also used if additional volume is required.

How does mastopexy affect breastfeeding?

Patients undergoing breast augmentation with peri-areolar mastopexy can breastfeed after surgery. Following vertical scar or full mastopexy, breastfeeding is usually not possible, or otherwise very limited. Patients need to weigh this against the benefits of the procedure.

How should I prepare for mastopexy surgery?

Smoking and all forms of nicotine must be avoided for at least 6 weeks before surgery and 4 weeks after to allow adequate wound healing, and blood supply to the nipple and other breast tissues. Non-steroidal anti-inflammatory drugs (eg Aspirin, Ibuprofen/Nurofen, Voltarol and Naproxen) must be avoided for 2 weeks before and 3 weeks after surgery as these drugs interfere with blood clotting and increase the risk of bleeding post-op.

A high protein diet, vitamin C, multi-vitamins and minerals (Zinc and Iron) supplements should be taken around the time of surgery to aid wound healing.

For advice on whether a breast uplift is the most appropriate procedure for you, book a consultation with Mr Tulley by calling 020 7183 1559 or use the contact form. 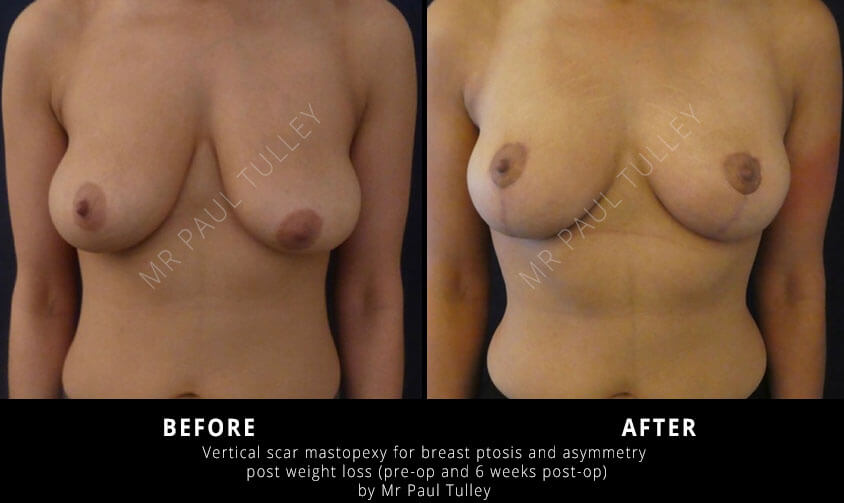 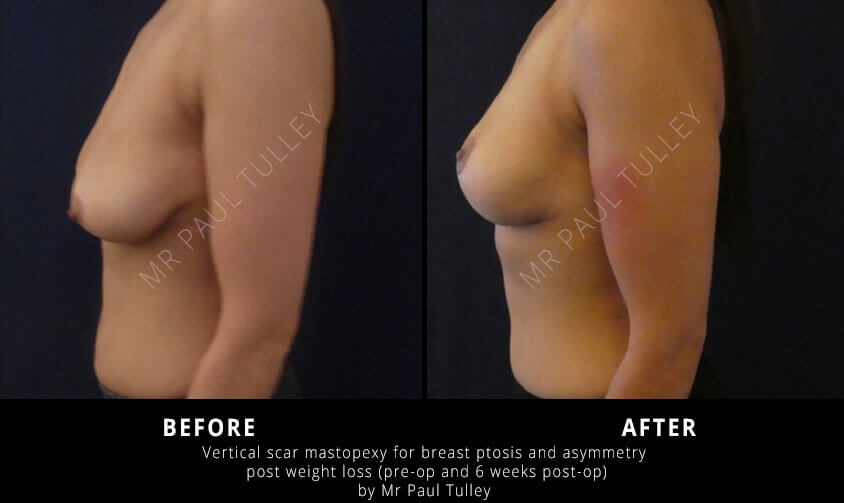 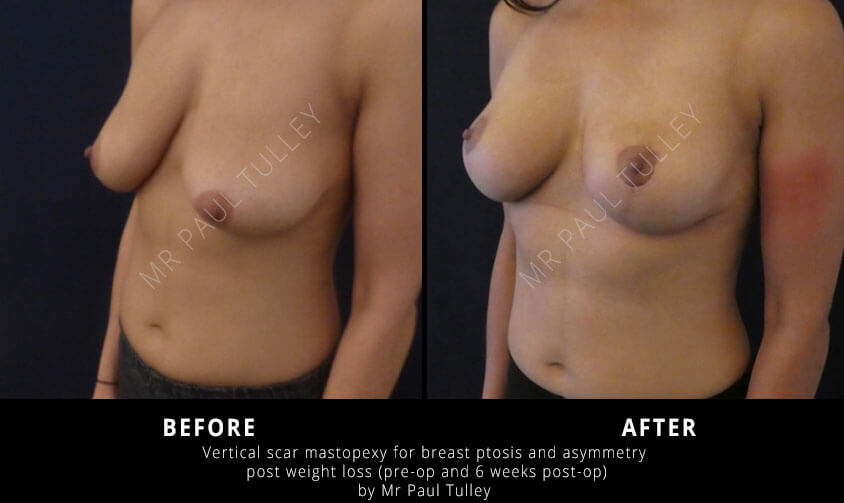